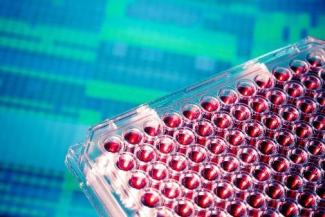 Determining cytotoxicity (being toxic to cells) is a critical component of identifying compound viability early in the preclinical phase of drug development or new product discovery. Cytotoxicity screenings, which measure cell death or cell viability, are used to give researchers key insight into potential adverse effects due to cell death prior to entering more costly in vivo studies.

We offer a variety of different in vitro cytotoxicity assays to assist companies in performing reliable and cost-effective screening to discover the cytotoxic potential of their compounds. They can be used to screen large compound libraries, to identify potentially toxic compounds during the initial stages of development. Another use for these assays is in cancer therapeutics to discover specific compounds which target cells that are dividing rapidly. Finally, the findings of a certain cytotoxicity assay can be used as a guideline for the concentrations of further cytotoxicity tests.

The range of assays available include standard cell viability screens (ATP), predictive models with multiple endpoints, as well as more specific tests to assess liver toxicity, mitochondrial toxicity, and oxidative stress.  We may recommend utilizing more than one assay when performing a thorough cytotoxicity screening. Along with providing a detailed final report for each study, we will suggest follow-up studies to further your organization’s research goals.

For this assay, we utilize a combination of LipidTox Red and HepG2 cells. Testing is done in a 96-well plate, and results are determined using fluorescent probes with 540 nm excitation and 680 nm emission.  The assay consists of a complete determination of both phospholipidosis and steatosis, along with positive and negative controls for seven different testing concentrations in triplicate at a single time point.

This assay measures three different endpoints: activation of Nrf2 signaling pathways, changes in reduced and oxidized glutathione (GSH/GSSG ratio), and activation of dichlorofluorescein diacetate (DCFDA). These endpoints provide clear information of oxidative damage through metabolism and the production of reactive oxygen species. The assay includes positive and negative control samples and can be performed on H4IIe rat cells, HepG2 human cells, or primary hepatocytes.  Every compound is tested in triplicate for seven distinct concentrations during a single time point.

Our Cell Viability assay (ATP), called FastToxTM, compares new molecular entities to reference substances to determine general toxicity during the early stages of compound development.  The information may allow optimization of the compounds’ attributes while reducing their liabilities and hence, enabling their rank-order based on general toxicity.

HepG2 or H4IIe cells are exposed to six concentrations of the same test compound in triplicate at a single time point, and their ATP levels are calculated after an incubation period. The sponsor is responsible for supplying the test compounds as a 10mM stock solution in DMSO.  Expected turnaround time for up to 100 compounds is less than one week.

The glucose (Glu)/galactose (Gal) assay aims to determine mitochondrial damage by comparing the amount of ATP that HepG2 cells produce via oxidative phosphorylation (mitochondrial dependent) rather than via glycolysis (using glucose present in the media). Replacing the glucose (25mM) with galactose (10mM) in the media limits the cells’ ability to produce ATP by glycolysis. The result is that the cells can only produce ATP in the mitochondria rather than by oxidative phosphorylation, circumventing the Crabtree Effect. The comparison of glucose-based media to galactose-based media makes it possible to identify mitochondrial specific toxins by measuring the difference in IC50 values between the two. The assay includes eight different concentrations, two time points at 24 and 72 hours, and Tamoxifen and Rotenone as media controls.

Our cytotoxicity panel provides the next tier of information on subcellular mechanisms and potential adverse effects compared to a single assay. It creates a multiple endpoint concentration-response profile of biochemical effects in relevant cell models thereby providing mechanism-based data.  Comparing this data to estimated or actual maximum concentration values, it is possible to predict subcellular targets and likely in vivo responses.

During the development process, it is important to identify any potential liabilities associated with new molecular entities, such as their ability to produce toxicity at concentrations relevant to those expected to be therapeutic. This panel helps investigators understand potential liabilities through the prediction of in vivo responses to a compound with in vitro data.