LifeNet Health LifeSciences is committed to championing women who are paving the way in science. This month, in honor of International Women’s Day, we’re featuring some of our women scientists. 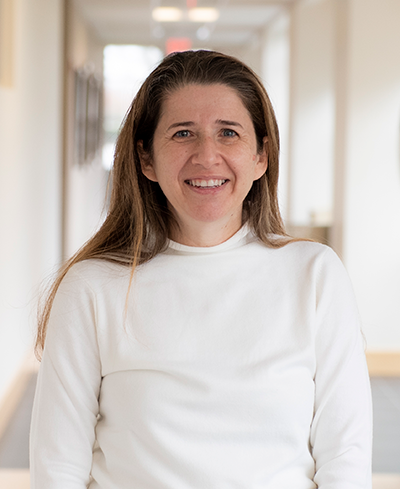 Eda Rogers joined LifeNet Health as a Research & Development Scientist in March 2020. She is originally from Turkey. She emigrated to the United States at age 23, on her own, after college. Her plan was to win a scholarship to a doctoral program – but she had to learn English first. “I convinced my parents that if I came to the states, I could learn the language quicker, and get to my goal quicker.”

The first thing Eda did was enroll in English classes. Eventually, she won that scholarship, enabling her to earn her doctorate in biology from Rensselaer Polytechnic Institute in Troy, New York. Before joining LifeNet Health, Eda worked at Virginia Tech, Virginia Commonwealth University, and Mayo Clinic, contributing to hepatitis and cancer research.

Here’s our Q&A with Eda.

What drew you into science?

It’s very cliché maybe, but taking biology classes in high school, when I was introduced to DNA I said, “This is very cool. I want to work on this.” It was fascinating to me. When I was learning about what kind of manipulations you can do to DNA, it seemed like it was the center and the root of lots of scientific events, especially in biology. I decided at the time that I wanted to be a genetic engineer. The closest I could do at the time in Turkey was get my bachelor’s in biology at Istanbul University. During my last year of college, you could pick a specialization, and I focused on genetics. I was able to work in the laboratory and be part of cloning projects. That’s what I had envisioned myself doing and I was really excited. I cloned the xylose isomerase gene from Bacillus subtilis to pREB42 vector.

What you love about LifeNet Health LifeSciences?

I like the culture a lot. I like to ask questions that nobody has asked before, and I like to get the answers. At LifeNet Health, in combination with the LifeSciences division, we have the advantages of having access to those precious donors. Their tissues and cells will not be transplanted into individuals in need, but we can still put them to good use to answer those questions and help people from a different angle.

What is the most exciting project you are working on currently?

I work on a thyrocyte project to help regulatory agencies such as the EPA identify the chemicals that can interfere with thyroid function, which can lead to neurotoxicity in children who are exposed. Basically, we are providing a tool for researchers who are looking for these compounds, these chemicals that interfere with thyroid function. Throughout my life, I’ve always developed different kind of tools to answer questions, to support other scientists.

I love this project because we are trying to help the community through identifying these compounds. I especially focus on the children who can be kept safe through this kind of research.

Do you have any advice for other women who are interested in scientific careers?

I think number one, you need to have the passion. If you have the passion, follow your dream. It brought me this far. When I emigrated to the US, a lot of my friends told me I would be a fish out of water. I told them I would create my own oceans. The unknowns really excite me. I don’t see it as a threat, but as something to discover.

You also need to be open to suggestion. My plan after college was to go to the UK to earn a scholarship, but my professors told me most of the scholarships there go to UK citizens, and it would be easier for me to try the United States, where they are more open to giving anybody a chance. If I didn’t listen to advice from my professors, and tried to go to the UK, maybe it would not have happened. Your goals keep changing. If I was locked in on one idea, then it would be a different story. Maybe I would not be able to do what I’m doing right now.